HOUSE, a site-specific performance on the Pacific edge, was performed February 4, 2017.

“Andy Anderson” is a site-specific performance created by Heidi Duckler Dance Theatre for the 1959 Midcentury Anderson House designed by Aaron G. Green. With original music performed live by Yvette Cornelia and the Treehouse, intimate choreographies will happen in the living room/kitchen, the master bedroom, and the zen garden. A culminating performance by the pool will feature the three dancers and four musicians and will draw on the architecture of the home and secretive behaviors of the 1960’s culture of the Rancho Palos Verdes community.

A subterranean world existed beneath societal norms and was expressed in underground bowling alleys, shooting ranges, bomb shelters, and wine cellars and this combination of recreation and paranoia – that which is buried in the earth and buried in the mind – will serve as the inspiration for this one time only event.   – Heidi Duckler, Artistic Director 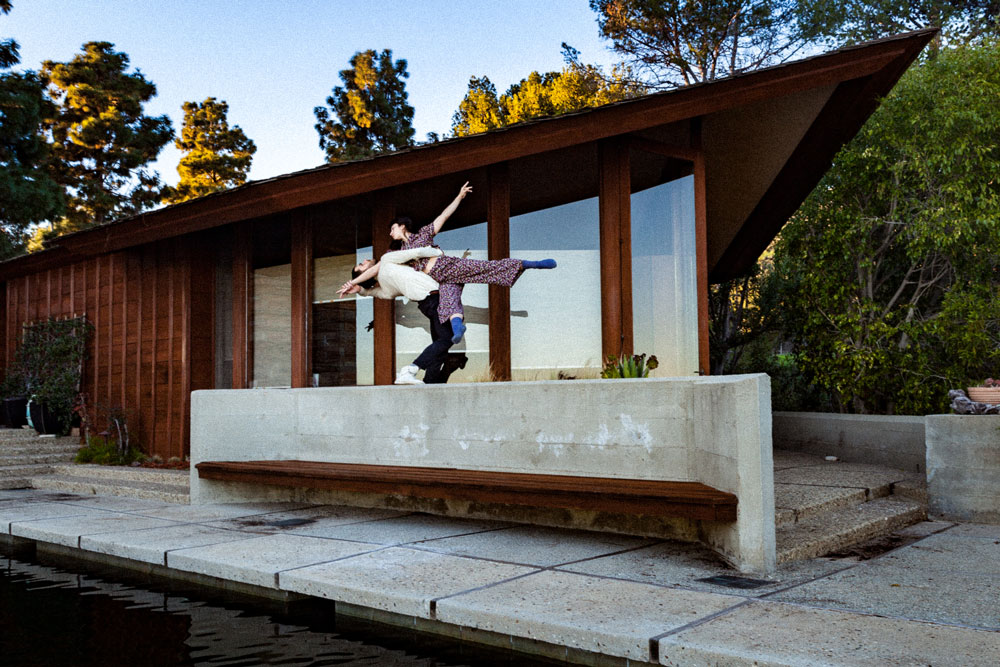 Founded in 1985 by choreographer Heidi Duckler, Heidi Duckler Dance Theatre has created dance experiences in extraordinary locations for three decades. Called the “reigning queen of site-specific performance” by the Los Angeles Times, Duckler is focused on building audiences for the arts, especially in underserved communities. Heidi Duckler has created more than 200 dance pieces all over the world. Awards include a Los Angeles Department of Cultural Affairs COLA Award, California Arts Council Choreography Fellowship and National Endowment of the Arts American Masterpiece award.            heididuckler.org

The Anderson Residence was designed by renowned California architect Aaron G. Green (1917-2001) FAIA, a protégé and associate of Frank Lloyd Wright. Situated on the Palos Verdes bluffs, the 1959 house is an exemplar of Midcentury Modern design. Adopting Wright’s philosophy of Organic Architecture, Green had a thriving practice distinguished by his commitment to a harmonious relationship between site and structure, and a respect for the properties of the natural materials utilized.